It has been 170 years since the first gathering devoted to women’s rights in the United States was held in July 1848, in Seneca Falls, New York, yet to this day women are not treated with equality and often treated with outright aggression.
I began this project as a reflection of the duality of a woman’s role in society. The sinner or the saint, the boss or the mother, the hero or the damsel in distress. In reality though, we all don’t just live lives of duality, but lives fractured into infinite facets of existence.

When I grew up in the 80s everybody frowned upon my liking of superheroes and comic books. It was a boys’ thing, I was supposed to only play with my dolls. But I loved both the heroes and the dolls, and I didn’t see why anyone should choose one over the other.

I use comic book pages as a rebellion against the gender restrictions of my childhood. Comic books have become much more mainstream today, but the idea that superheroes have to be something more than us mere humans remains, just as the idea that some people are worth more than others.

Every canvas is made of pages or single frames of a superhero. The hero is colourful and stands out against the chaos of the pages. The specks of colour create an undistinguishable pattern, that seems to follow no order. 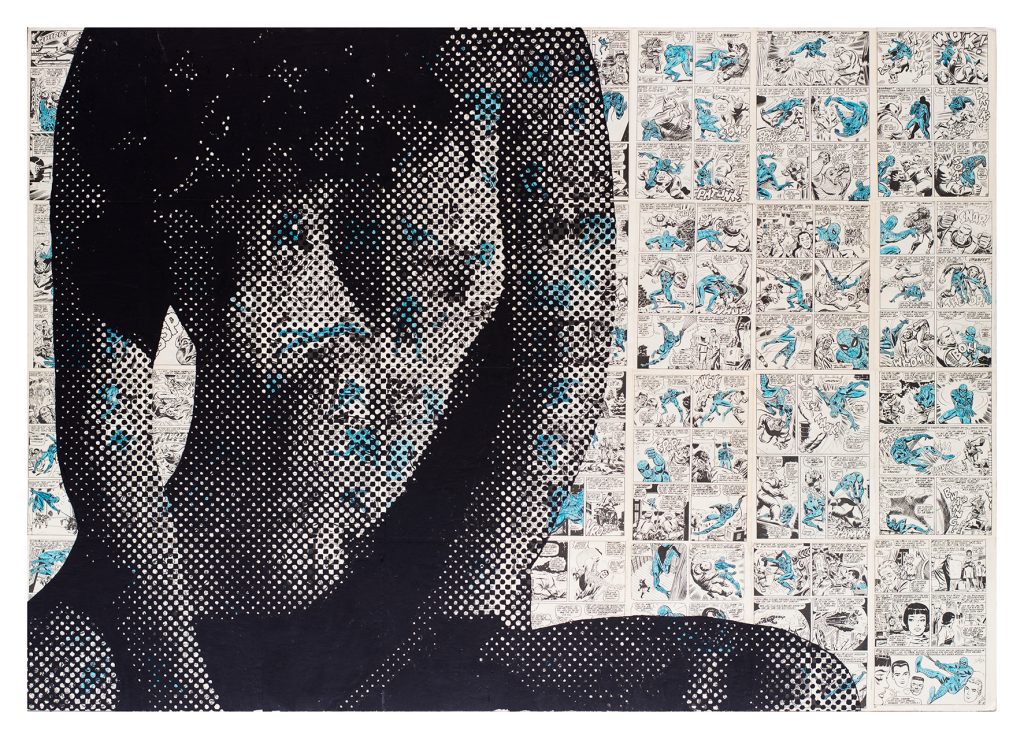 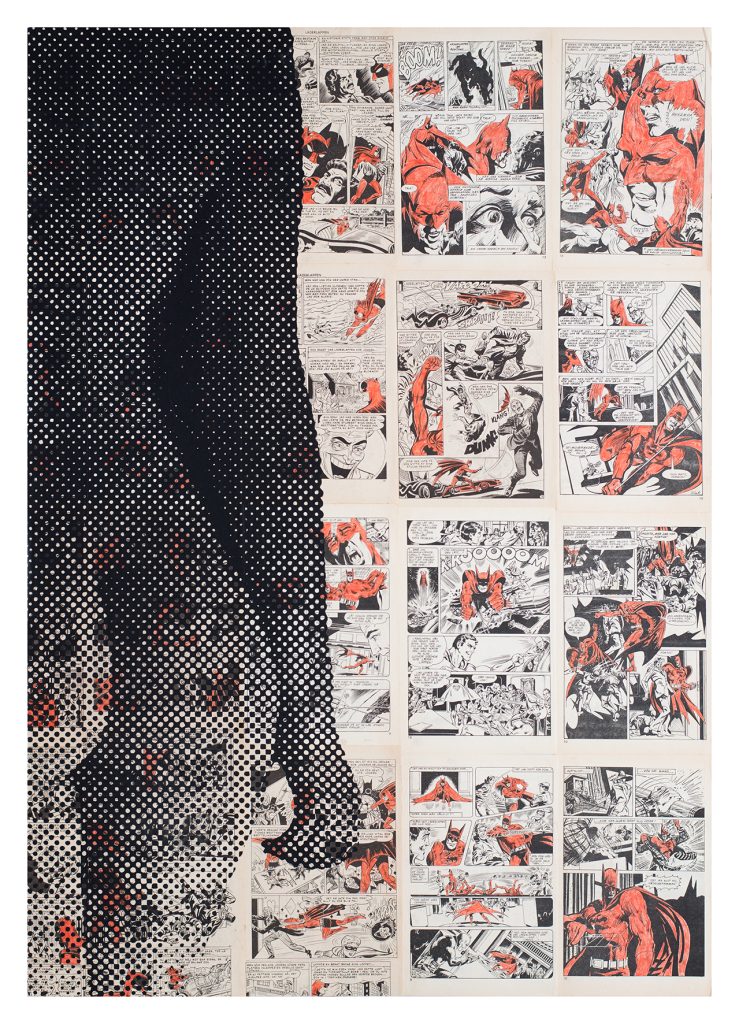 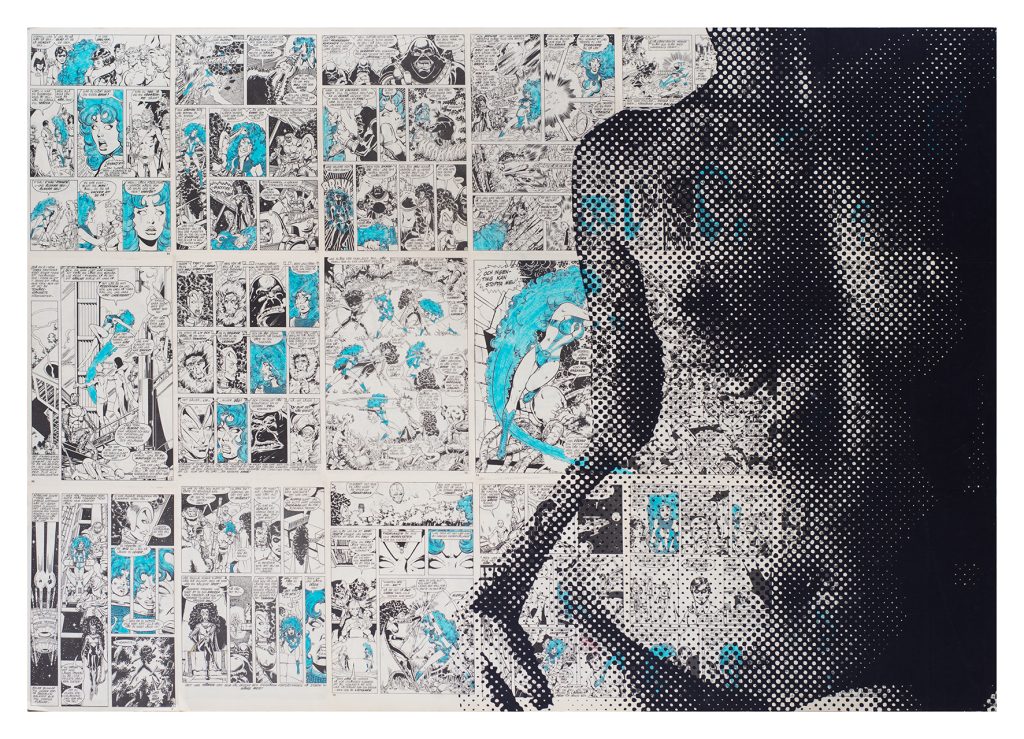 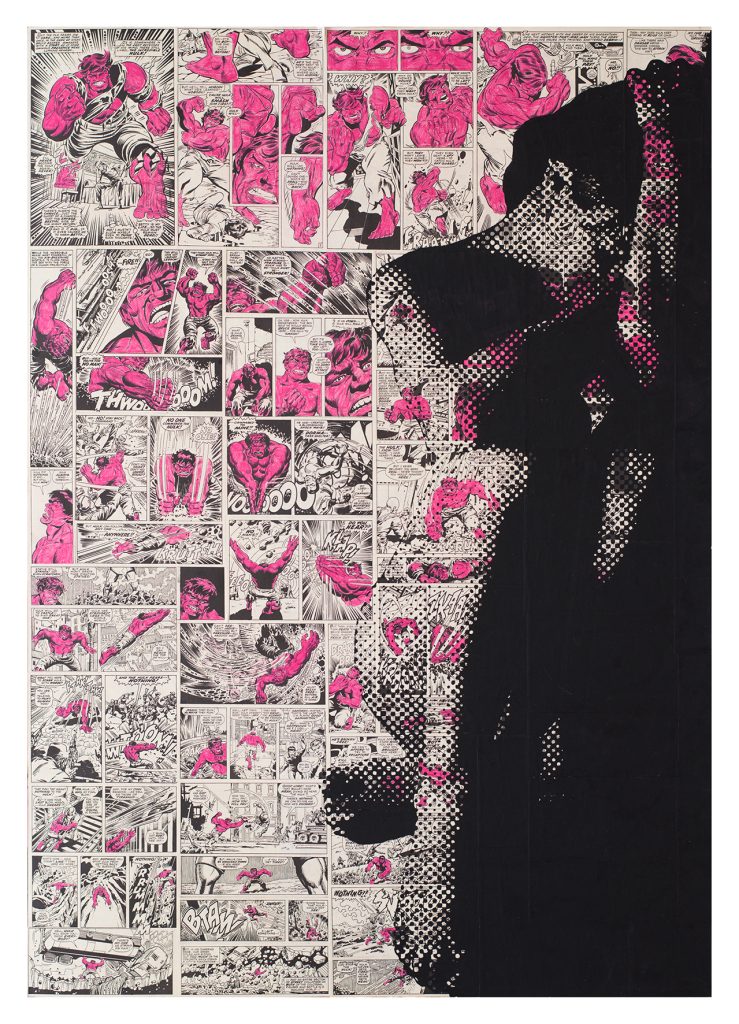 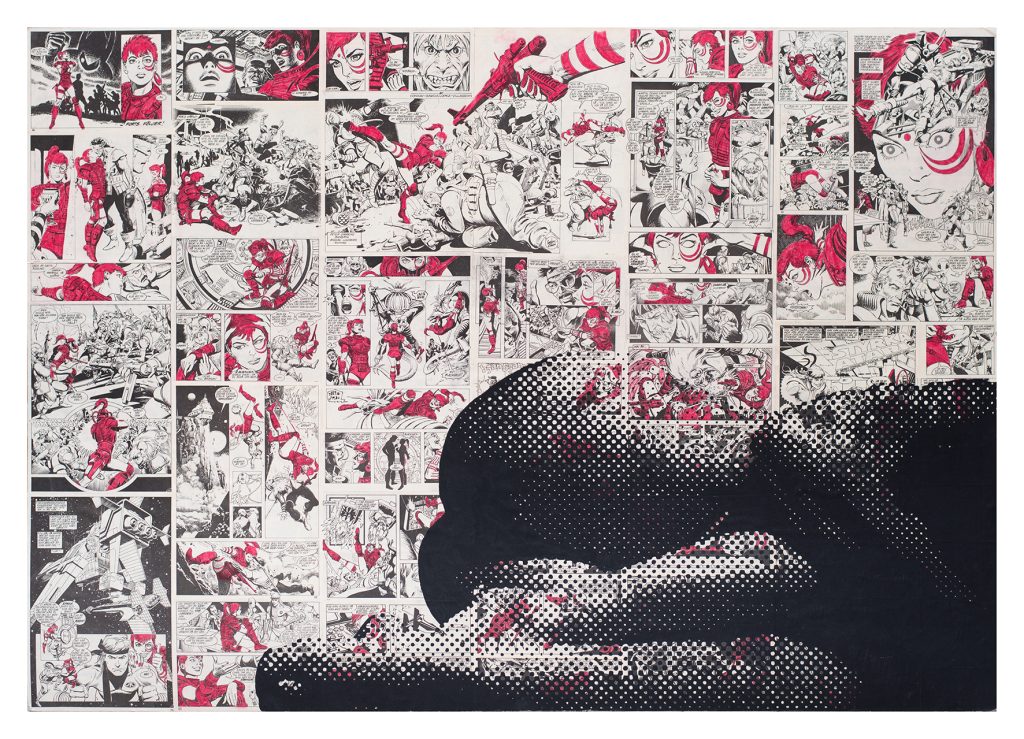 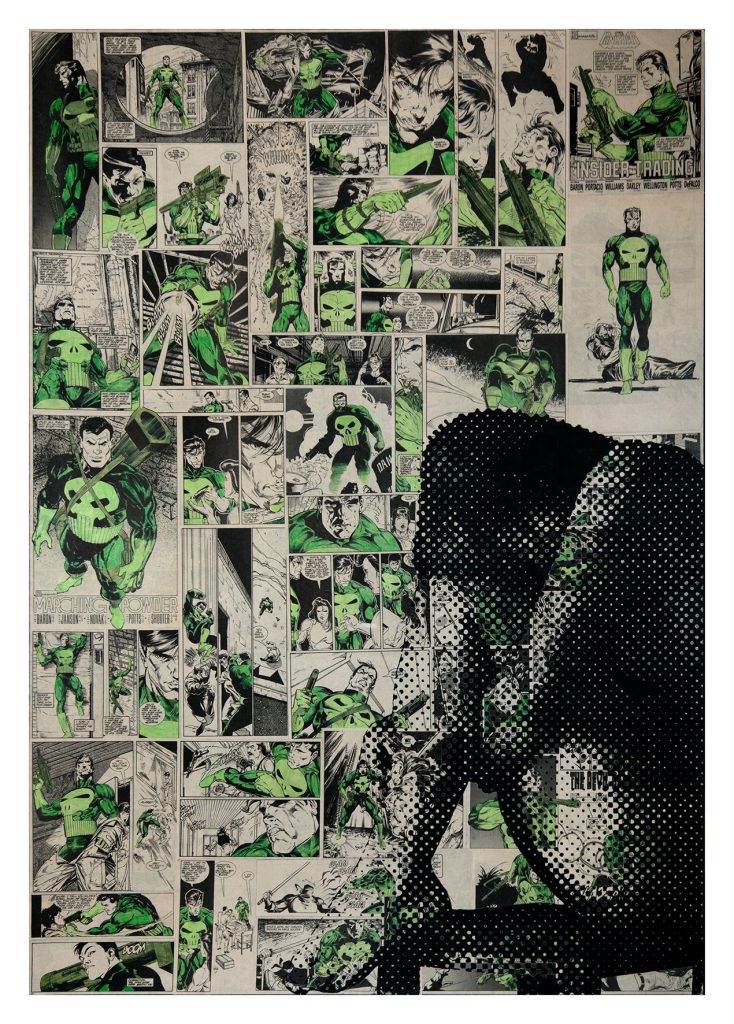 There is no way to see the whole painting at once. When the dots form the woman’s body, the viewer stands too far to see the detail in the canvas. When the viewer steps closer, then the form dissolves into a sea of black dots. Just like the complexity of life, the painting cannot be viewed all at once.

In the end it is the duality that makes us truly human, the fact that we are more than just the sinner or just the saint, we are also everything that is found in between.

Using acrylic paint, the rasterized images are transferred by hand onto a canvas, which is made of comic strips coloured with aquarelle pencils. Size 72x102cm